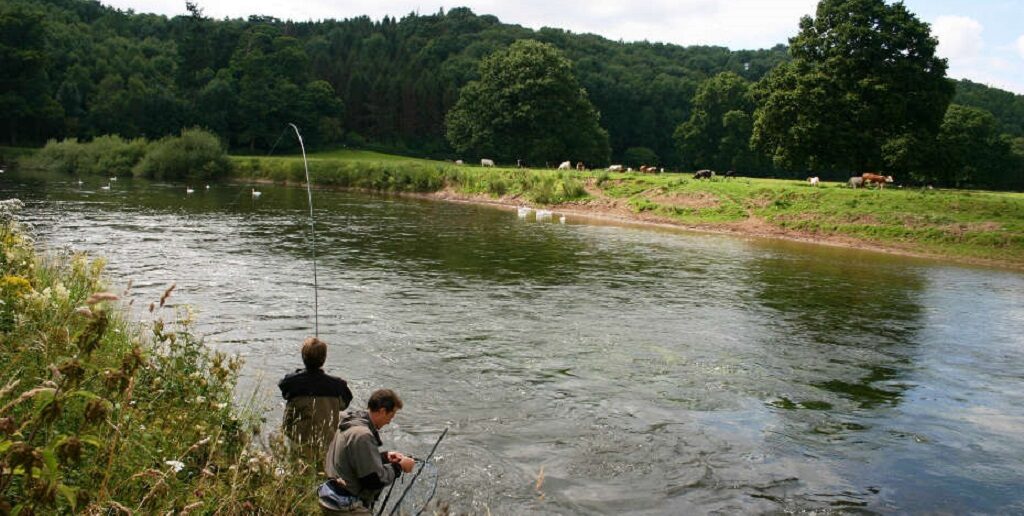 Running salmon on their way back to spawn
You might be asking, “What has the fish’s desire to conserve energy, got to do with whether or not it is a likely taker”? I’d say, quite a bit, because it has been pretty well established, mostly through observation, that salmon are much more likely to take when they are on the move (or at least when they are prepared to move). Maybe so, but isn’t the real question, “Why does the salmon take at all, if it switches off its feeding mechanism before leaving the sea”?

Over the years there have been many studies carried out, which have shown that, when salmon are caught their stomachs are almost always empty. Some of these studies have also shown that, in almost every case the fish’s alimentary canal has shrunk from lack of use. If the fish was feeding in freshwater, that wouldn’t be the case. So, case dismissed! Salmon do not feed in freshwater! Well, not quite because the fact still remains that fish do take bait and artificial lures into their mouth. Presumably they sometimes do they same with some of the other food sources the river has to offer.

It is my belief that the physical evidence is pretty clear; salmon do not feed in freshwater and the fact that they sometimes take an anglers offering, can be explained as a momentary lapse where they succumb to a deep seated urge to feed, much like that of an ex-smoker getting the urge to have a cigarette (even though they’ve been off them for a long time). I also believe that in most cases they snap out of this reflex action before they go ahead and swallow their quarry. Of course, there are the odd exceptions where the fish will swallow the bait (or food), but in my experience these instances are few and far between.

Salmon on at galway weir (Photo courtesy of HicksBug from the Salmon Fishing Forum)
The only time a salmon truly feeds in freshwater is after a kelt has gone through the reverse physiological changes (i.e. turning on its feeding mechanism again), in preparation for its return to the sea. There are lots of people who have observed kelts feeding on hatches of flies and I contend that this only happens after they’ve gone through the change and are on their way back to the sea.

My scribbles here may not have solved the mystery of whether or not salmon feed in freshwater, but hopefully they’ve given you a new perspective on the question. There are still many remaining mysteries pertaining to the atlantic salmon, which we may never solve. For one, no one really knows how these fantastic fish find their way back to river of their birth (and mostly to the exact pool). Many have speculated that it’s some sort of chemical trail but like my ramblings above on the evolution of the salmon, this is purely speculation.