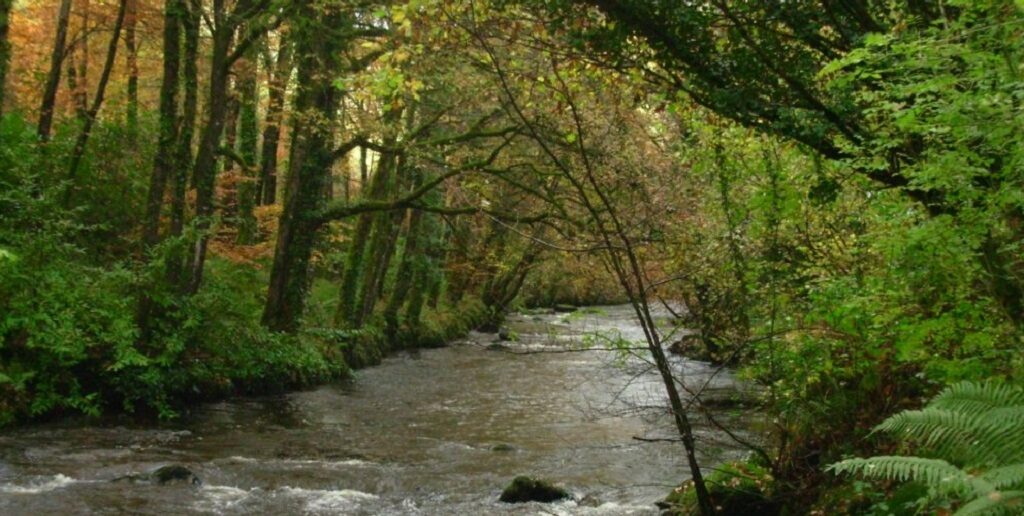 The River Colligan begins life in the Monavallagh Mountains in County Waterford, and flows southward for around 14 miles until it reaches the sea at Dungarvan Harbour.

The lower part of the Colligan at Dungarvan.
The upper reaches of this spate river are fast and furious and are very popular with white water rafters. It is reputed to be one of the fastest flowing rivers in Europe. The last 2 miles before the sea slow down and there are some great pools for the Salmon and Sea Trout angler.

The spring run has improved over this past few years but the river is better known for its Grilse and autumn fish runs. The best of the Grilse fishing is through June and July. The main autumn run is through September, with fish up to 16lb being fairly common. The Colligan is perfect for the flies but spinning is allowed in higher water.

The Upper Colligan. Rafters paradise.
The Sea Trout fishing in the Colligan is excellent, perhaps some of the best in the country. They run from May through until the end of July. The average fish is 2lb but they can get up to 10lb. You can get Sea Trout when the river is fining down from a spate but as is often the case, the night fishing is best.

The fishing is controlled by the Colligan & District Angling club, which has carried out a lot of bank-side work over the last few years to improve the fishing immensely.