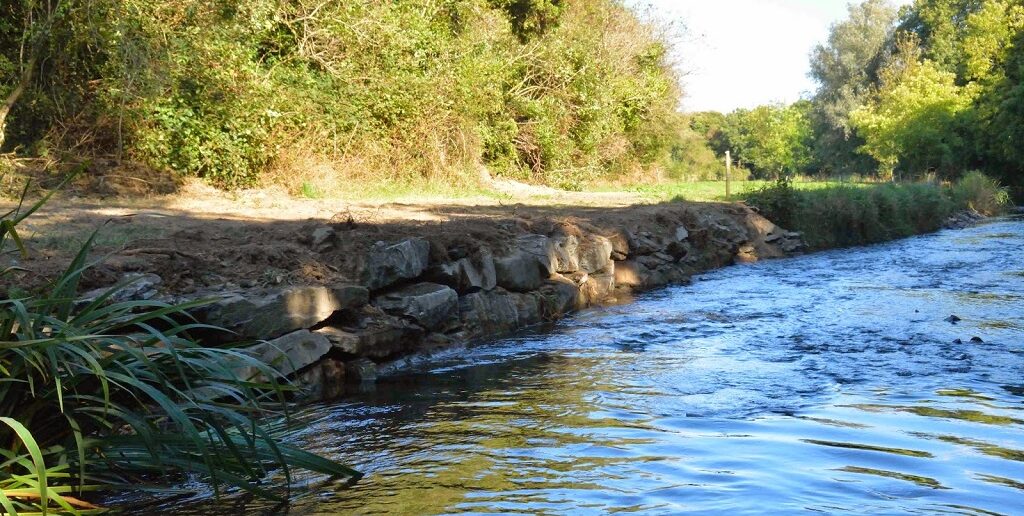 The River Castletown (Courtbane) rises near Newtonhamilton (County Armagh), and makes its way in a South Easterly direction, past Cullyhanna and Crossmaglen on its way into the Irish Sea at Dundalk.

In its upper reaches near Newtonhamilton, the Castletown River is known as the Creggan River. As if that’s not confusing enough its 2 tributaries also have multiple names! Janies Falls on the Castletown River

Dundalk & District Brown Trout & Salmon Anglers Association have most of the fishing rights on the Castletown River. There are some areas where the Riparian owners assert their rights, so you should check with the club to find out where those areas are located. The club also has the fishing on the Falmore and Kilcurry tributaries. It also has stretches of the Fane and on the Flurry (as far as the border with Northern Ireland).

The main Salmon fishing starts with the Grilse run at the beginning of July, and continues right through August and September, with the peak fishing being August. The river gets an excellent run of Sea Trout, starting in early July and extending through to the end of the season. Some nice streamy water on the Castletown River

The best Salmon fishing on the Castletown River is just below Toberona Bridge, which is the first bridge downstream of the M1 Bridge, on the outskirts of Dundalk. The pool below the bridge is known as the Toberona pool and is excellent after a flood. Downstream of that pool is Toberona weir, and below that is another very good pool. High water at Toberona on the Castletown

There are also a few nice pools further upstream between Bellew’s Bridge and Court Bridge, and then at Philipstown (just off the N53). There is some good fly water above the bridge at Philipstown Bridge (best fished from the right bank).

If you’re after Sea Trout, fish anywhere from Bellew’s Bridge right down to the estuary. The water is streamy close to Bellew’s Bridge and suits daytime fly fishing but as always with the Sea Trout the best fishing is usually at night, when it’s best down at the Toberona Bridge. When the Sea Trout begin to run this area is heavily fished. The first couple of miles of the Kilcurry River are also fished for Sea Trout.