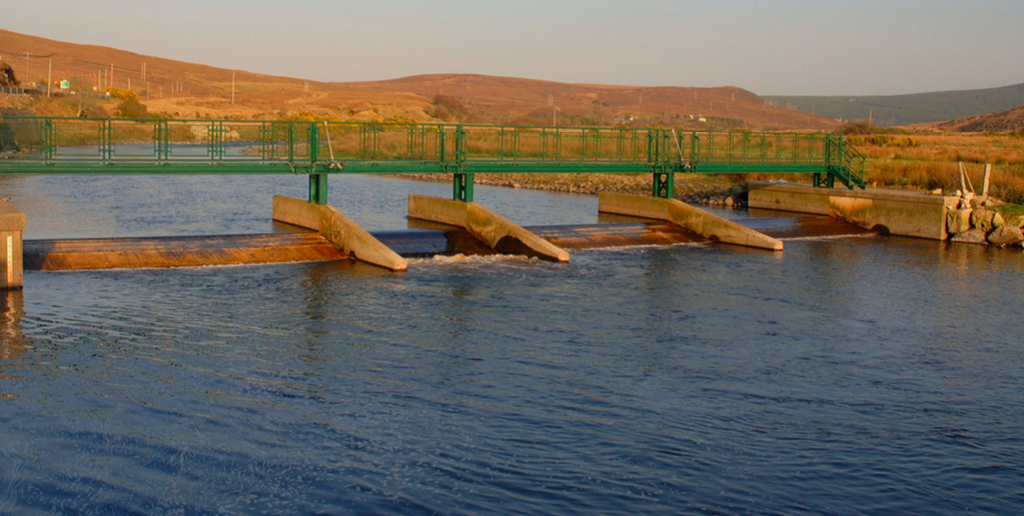 The River Owenmore is a big spate river, which rises in the Nephin Beg mountain range in North West Mayo. It takes a Westerly course through some bogs and moors before passing by the town of Bangor Erris, on its way into the sea Tullaghan Bay.

Perfect fly water on the Owenmore Mayo.
The Owenmore is just over 10 miles in length but the majority of it is in private hands and not let. However there is a beautiful 4 mile stretch around the Bangor Erris area, which is let by the Bangor Erris Angling Club.

The Owenmore near Bangor Erris.
This club stretch is fly fishing only and the water is just perfect for that method. The club can also arrange fishing on Carrowmore lake (through the fishery manager), which is just 2km North of the town.

The banks of the Owenmore complete with yellow Whins.
The Owenmore gets a good run of spring and autumn fish, which can get up to 20lbs. The spring fishing gets good from mid-March on and the autumn fish arrive in August. The river gets a great run of Grilse, which arrive in early June and continue running right throughout the summer. There is also a significant run of Sea Trout from June until the end of the season. These average around ¾ lb.

A nice pool on the Owenmore River.
In the summer Grilse season, the fishing is let in two 8 hour sessions each day; the first from 6 a.m. to 2 p.m. and the second from 2 to 10 p.m. You can fish it with anything from a 10 footer to a 15 footer, depending on the height of the spate. As with most Irish rivers, shrimp flies are the order of the day, but you can also have success with the Garry Dog, Thunder & Lightening and the Hairy Mary.